Our art group have been busy over the last few months. Continuing to do pictures that relate to songs in our Music Express group. An idea that members really enjoy. Photos below. Click on photos to enlarge.

The group decided they wanted to work on different topics of their choice over the coming weeks. Some of the ideas were, trains around the world, animals from different countries, Disney/other characters, landscapes. In photos below.

They would continue creating their topics over the coming weeks.

As Halloween was approaching. The members were talking about what they liked or disliked about it. Pumpkins was very popular, and something they all connected with Halloween. One member who had never shown any interest before in Halloween. Had been growing pumpkins at an allotment. He had been watering them over the months, and watching them grow from small plants. When they were big enough to cut, he decided he wanted to cut out a face on one of them, and take it to the group to show the others. Photos shown below.

When the other members saw it, they all wanted to hold it and have their photo taken. See photos below. It was a topic that was encouraging them to interact with each other.

We had a member’s birthday. She was very happy and surprised at her cake and with her birthday present. Photos shown below.

The group were getting very excited about the coming visit of the Mayor of Tamworth in November. They were busy working on their projects to show the Mayor.
The visit went very well, and the room had a colourful display of art. Two members who come to our music group, were able to show the Mayor their keyboard skills. See below.

The Mayor has invited Uniquely Me & U to visit him at the Town Hall in January 2020, which everyone is looking forward to.

In the photos below, we can see how the different projects are progressing.

In November, we had a new volunteer join our group, Helen. She is calm and friendly, and enjoying getting to know what members like to draw and paint. In photo on the right, she has been finding out about the project our member who likes animals is doing. Helen is settling into the group very well and making a valuable contribution.

As Christmas was approaching. The group were getting excited about the Christmas party, and seeing Cathy Morris the singer again. Members were doing different Christmas pictures to display around the room for the party to make it look bright and colourful. We can see a selection of these in photos shown below.

Our member who likes wood carving. Had been making a design of his own choice to give Cathy as a present at the Christmas party. In photo on the right he has painted the star in colours he liked. He had learnt what paints were best to use, because when he used oils on a previous gift he made, it took too long to dry.

The last few months of the year have been busy and enjoyable. The progress being made is wonderful to see. With communication skills, teamwork and friendship building, which has all taken time to develop.

Uniquely Me & U is entering our 5th year since forming. Members are encouraged and given every opportunity to develop at their own pace.
Having the experience of seeing how the group has helped not just my son, but others too. It is reassurance that my reasons and intentions of forming Uniquely Me & U, have proven beyond my expectations, and is the motivation to keep moving forward to continue to help those that come to us.

I will be explaining further in an end of year ‘Positive Outcomes’ update and giving some amazing examples. 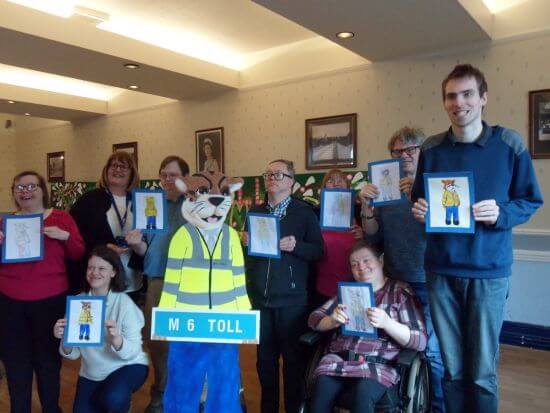 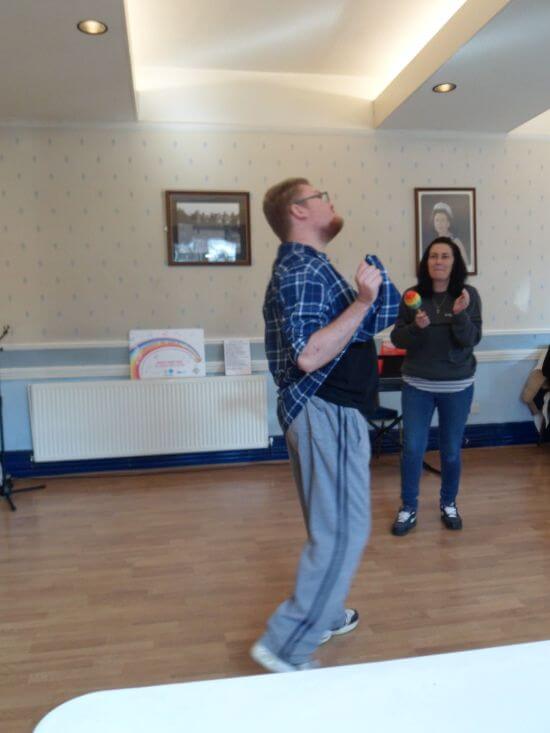