Our local newspaper wanted to know more about Uniquely Me & U and how it was formed? They gave us a full page “In Focus” article in their March 5th issue. Many thanks to Tamworth Herald for giving us the space to explain what we are about.

Here is the full text as printed in the newspaper:

Uniquely Me & U is a voluntary run group for adults living with autism/learning disabilities. It was formed 5 years ago by me, to help my adult autistic son have somewhere to go and socialise, and make friends.
Having taken him out of the education system as a child, to work on his many complex issues. When he became an adult it was difficult to find anywhere that he felt happy with, where he could socialise.
At home he liked listening and singing to his favourite music. This gave me the idea of hiring a room, with the hope of meeting others with similar disabilities. The group would be small in numbers, because people with autism/learning disabilities find it difficult to cope in large groups.
After a few months of settling my son into the new environment. I decided to get some leaflets printed to distribute, to see if anyone wanted to join us.
Over time others did join us. They enjoyed bringing their cds, and singing/dancing in a safe and happy environment.
What began to develop, was their confidence, social skills and co-operation with each other. The group being small was helping them to get to know each other. Which was the aims I had starting the group.
The group was meeting once a week for over a year, that I funded myself. I knew other sessions would be beneficial if we could get some funding. So, I applied for a lottery grant in 2017. Setting out how the group was having positive outcomes, and with the opportunity to purchase a variety of musical instruments, would enable our members to further explore and enjoy music that they liked.
I also wanted to hold other sessions, and an art group. Having got the wonderful news of a lottery grant. Uniquely Me & U purchased a variety of musical instruments, including a set of electronic drums and two keyboards. Also, a wide range of art materials to begin our art group.
As members were becoming more confident. We were able to put on a musical show for the community. Our art group took part in the anniversary of Athelflaed, by doing a large mosaic, which was displayed in the castle grounds.
Uniquely Me & U are always striving to find new ideas that can help our members. We have a camera and screen, that they call a ‘television’. Where they can look at themselves singing and dancing. This encourages facial and eye contact. An issue people with autism/learning disabilities have difficulties with. We use it in our art group too. To encourage members to look at their faces and art on the screen, ‘television’. They all enjoy it very much.
We have a laptop and printer to use in art. Giving them the opportunity to develop their technical skills, and creating art on the computer and printing the picture out.
Uniquely Me & U have introduced another idea that helps members with communication difficulties, to enjoy and connect art and music. They like to draw/paint a picture that they can relate to their songs.
In November 2019. The Mayor of Tamworth Richard Kingston, came to visit us. Everyone enjoyed showing him their art, and one member did a picture on the computer and printed it out for him. He was also given a demonstration by two members of their keyboard skills.
The Mayor invited our group to the Town Hall in January 2020, which was enjoyed and appreciated very much.
I am so pleased how Uniquely Me & U has developed over the 5 years, and the positive outcomes it is having. It has exceeded the hopes and expectations I had at the beginning.
We now meet at Tamworth Masonic Rooms, Tuesday mornings, Friday and Saturday afternoons. 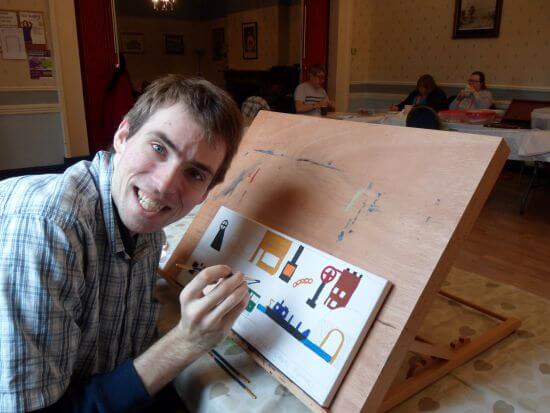 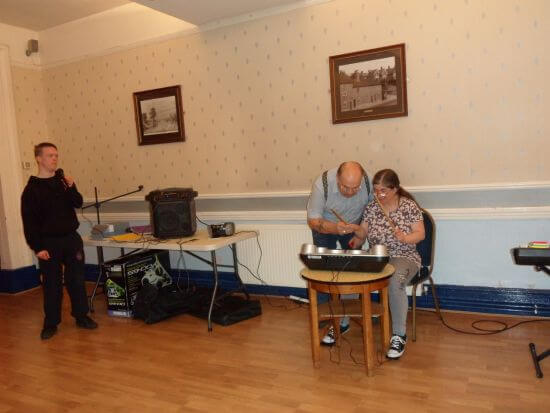 Cookies are used for your best experience on our website. Continued use this site signifies your consent of this.OkPolicy